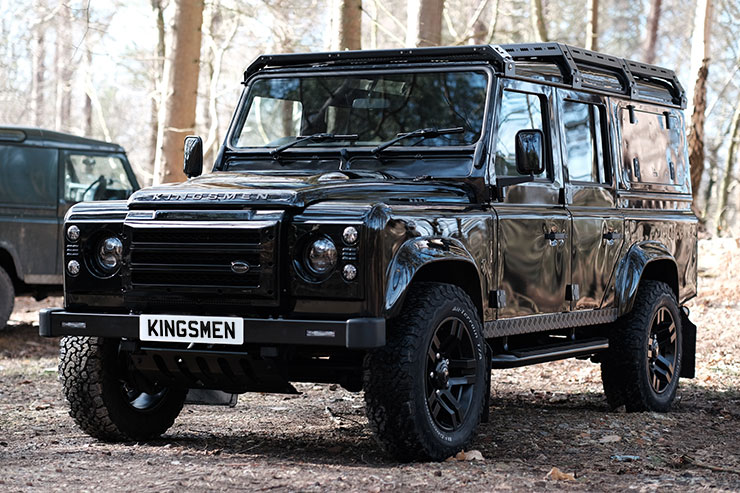 Some months ago we were contacted by Jonathan who had discovered Squire Editions online. Jonathan owns a Land Rover Defender 110 which is in fantastic condition and the ideal candidate for conversion.

After several phone calls, and much discussion, two members of the Squire team met Jonathan. The brief was clear and inspiring – a love of Land Rover, the countryside, family and adventure with a modern twist. Think glamping, fun and friends. Squire are a creative bunch, brimming with ideas, so it was only the latter that was a little more challenging in 2020!

We drew up sketches, involved top technicians and creative thinkers who put their heads together, we had a lot of fun. Jonathan was involved every step of the way. The very nature of what we do is time consuming, every component has to be checked, tested, and re-tested before installation. You can’t rush perfection!

Jonathan’s beautiful Defender began to take on the ‘Squire look’. Bespoke security hinges, beautiful upholstery, sophisticated in car entertainment system and Squire branding throughout, just to give a hint of who we are. Squire, a British vehicle enhancement company working on an iconic British brand. We do not set out to re-invent the wheel; we enhance the already magnificent vehicles that JLR has invested millions into developing. We create accessories to allow conveniences at your fingertips and a vehicle fit for a specific lifestyle. “Your design, Our Creation”

Returning to the project in hand, 2.3km of cabling was carefully twisted, turned, fused and wired to create an entertainment system Focal would be proud of! The inbuilt Squire Wi-Fi hotspot will ensure connection anywhere, anytime. Rear flood lights, 240V electric sockets and even a portable jet wash tucked into a rear locker are just a few details that were included for ‘camping’ trips with a difference. The roof tent will be the final addition to this great model.

Continuing with the theme of setting a Squire vehicle apart, hospitality is of course key, whether it’s a day shooting, a trip to the beach or watching the races… Jonathan’s Defender epitomises warmth and once the rules allow, it will become a social hub. We’ve hidden all the essentials neatly – a beer fridge, hot water dispenser, plate and cutlery storage, remote controlled Champagne drawer and even the G&T cupboard, cunningly disguised as a Jerry Can.

Every step was logged, checked and photographed. This was the process on which Squire Editions was initially conceived – giving clients a shared experience with daily phone calls and updates. It’s all about the journey. Weeks into the build we began to speak not just about the project, but also family, hobbies and more. Jonathan, who is now in possession of his “Squire Edition” Defender, is not just our client but a very good friend. 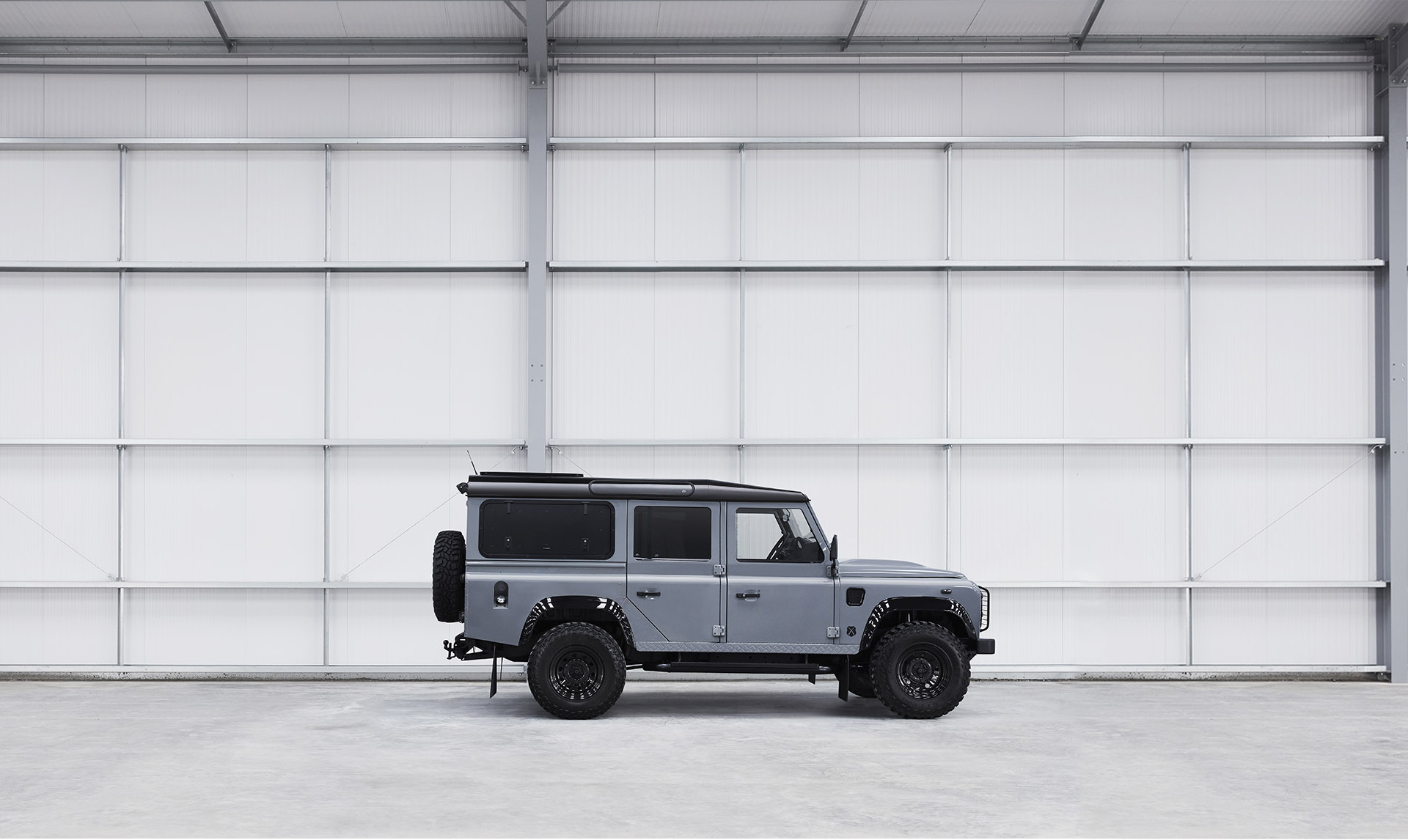 Land Rover Defender thefts are on the increase across the country. Parts a being stolen to order in both rural and urban parts of the world. 530 Defenders were stolen in West Yorkshire alone in the last 5 years. Demand for the popular and valuable off-roader has skyrocketed since production ceased last year.

Here at Squire Editions we take security very seriously and have an upgrade every Land Rover Defender owner can’t be without. Our Anti-theft security hinge set is available for all LR Defender 90,110 and 130 vehicles. We are also working on a security alarm and tracker system as we speak.

Made from durable billet aluminium with anti-tamper bolt caps and through body design ensuring your defender is secure as it can be against the ever-growing panel and vehicle theft. They are supplied with a variety of finishes, colours and designs.

Contact us for more information on how we can keep your Land Rover safe! 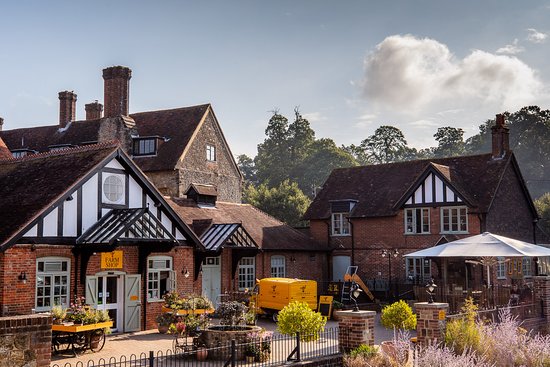 So, why should you help your local farmer when you can just pop to the closest supermarket or order your shopping online?

Local food and farmers will grow and produce food in your local area, the money spent on that food would benefit local farmers and producers. There are many reasons to support local and here are 5 of these reasons :

This week the Squire will be going to the Cowdray Game Week to try game as a wild, healthy and high protein meat. There will also be butchery, cookery and gundog demonstrations.

If you are going we look forward to seeing you there. 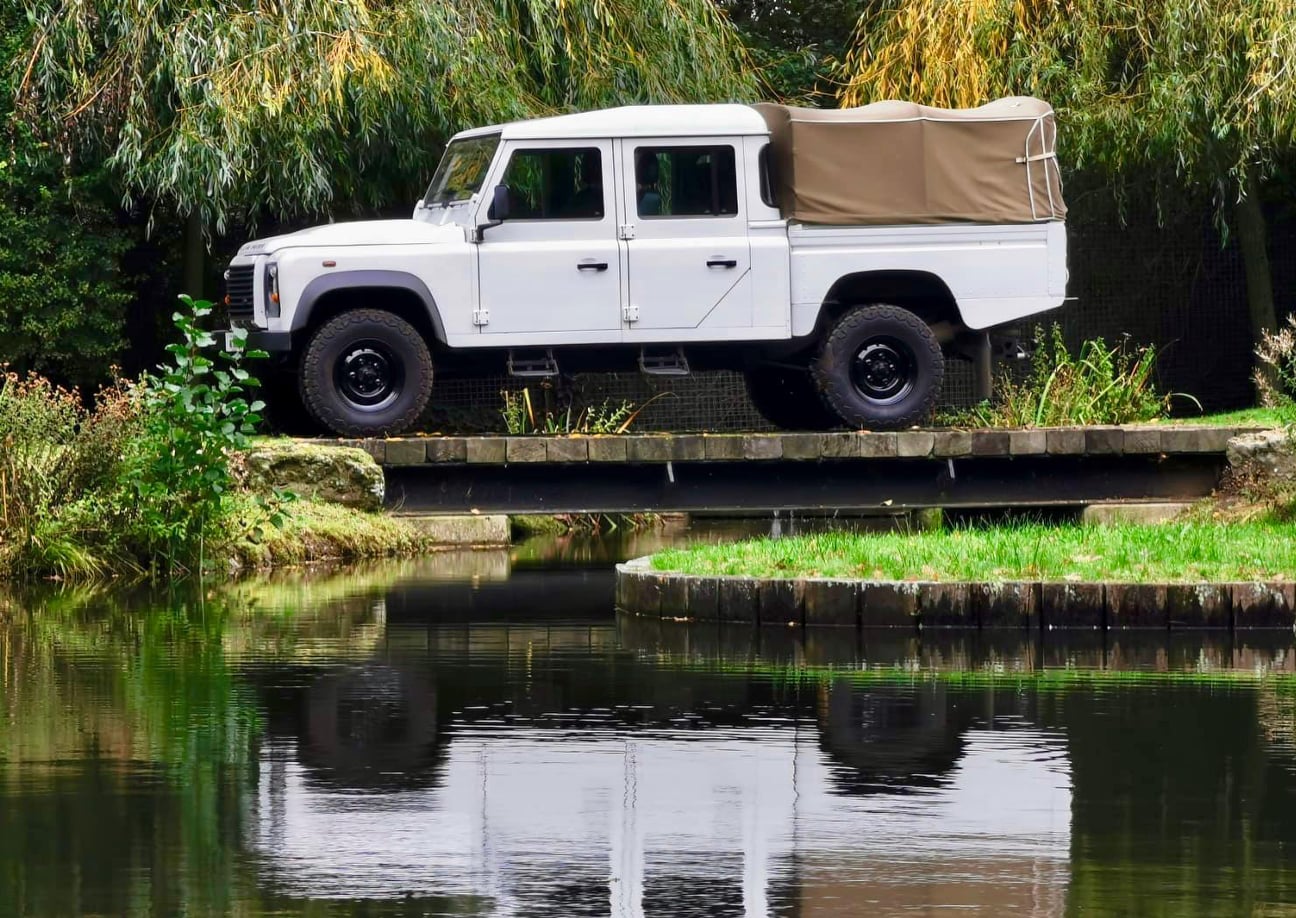 We have just purchased for stock this ultra-rare (certainly in this condition) 130 double cab pick up ready for conversion. 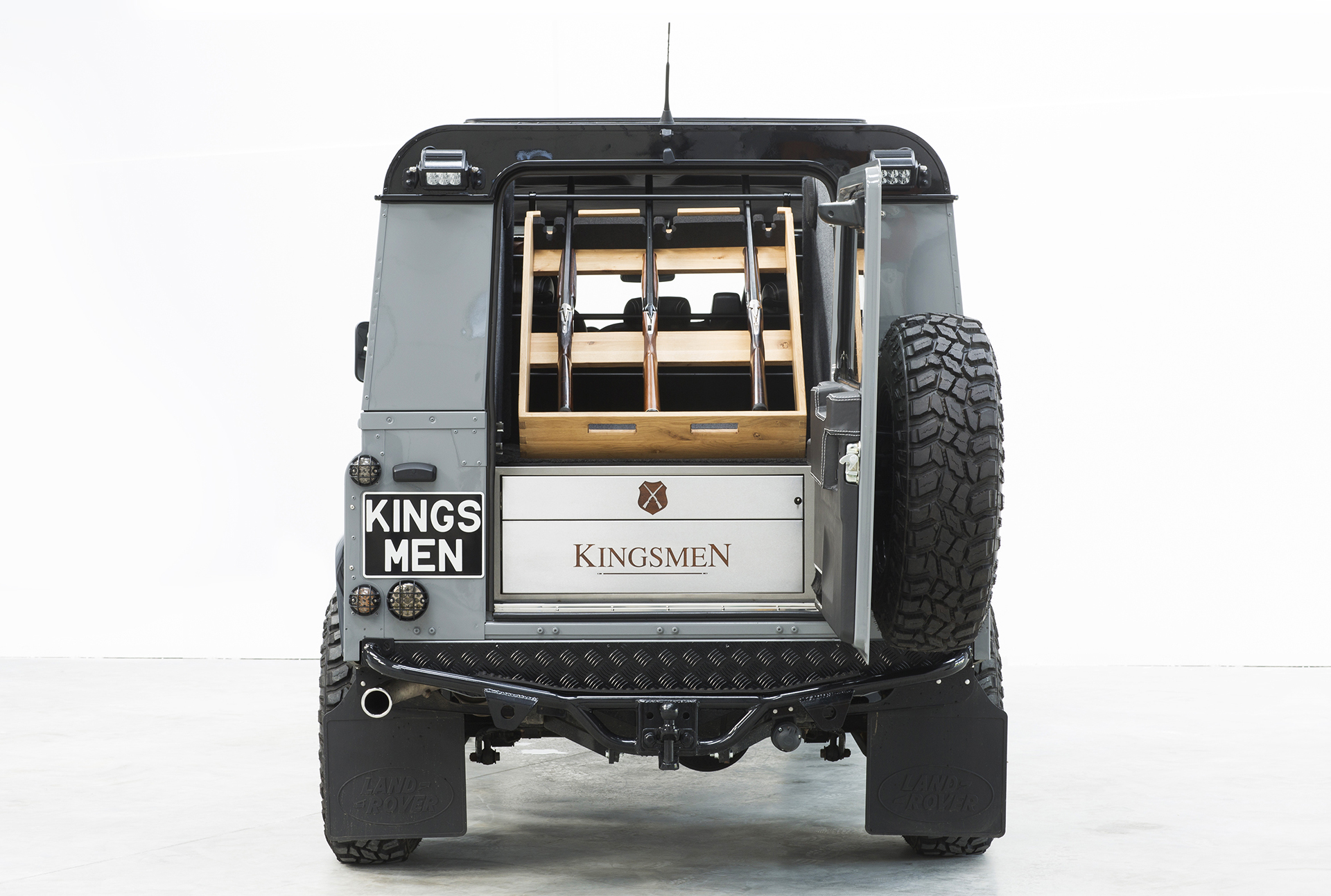 What’s new in the Squire? Take a look for yourself visit the gallery to view the latest updates we have made to the Squire. 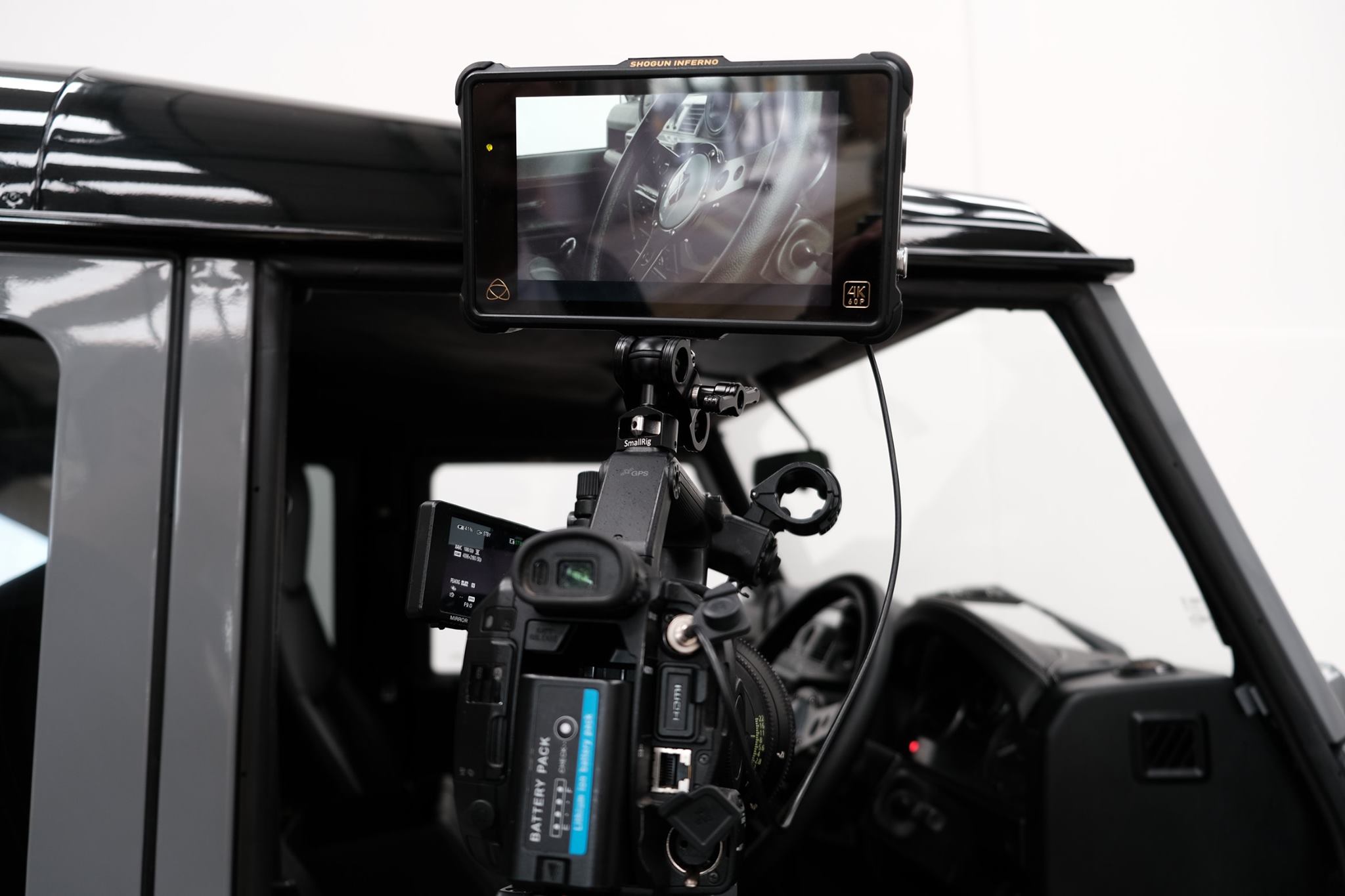 Some behind the scenes images of the videography shoot. Not giving too much away, videos clips coming soon. 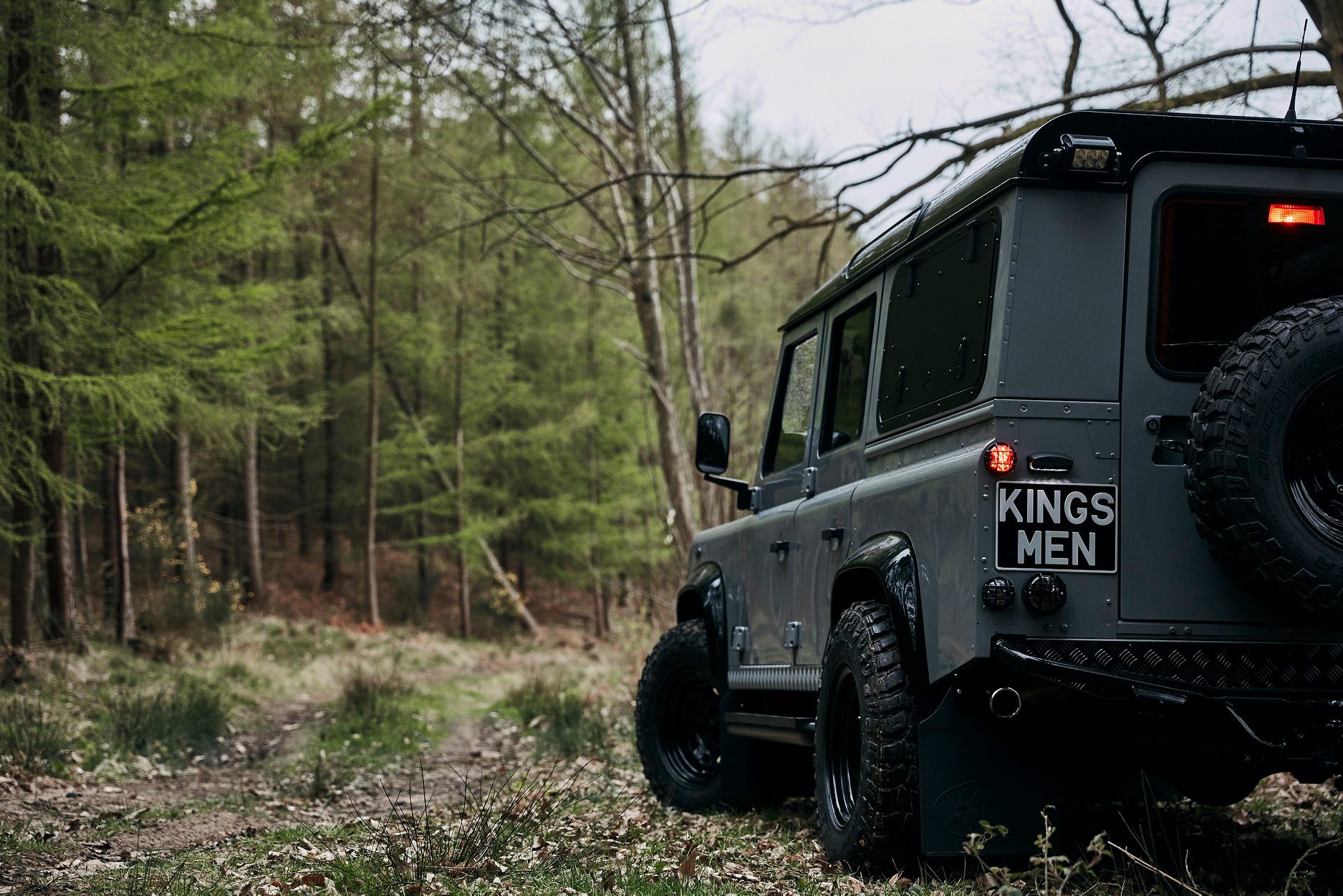 The weather may be inclement but what better vehicle to be out in with all the conveniences at your fingertips.